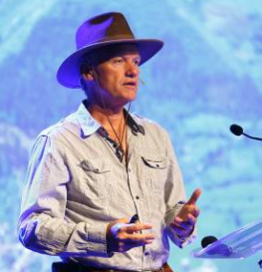 Discoverer of the Bosnian pyramids and Principal Investigator of the Project (2005 to present). Ph.D. on Mayan pyramids, University of Sarajevo, Bosnia-Herzegovina (2007). Director of Center for Archaeology at American University in Bosnia-Herzegovina (2012-2013). Founder of “Archaeological Park: Bosnian Pyramid of the Sun” Foundation, Sarajevo (2005 to present). Foreign member of Russian Academy of Natural Sciences, Moscow, Russia (2007) and Croatian Academy of Science and Art in Diaspora, Basel, Switzerland (2015). Author of 16 books on pyramids around the world and ancient civilizations, translated into 17 languages (1986 to present). First “Honorable citizen” of the town of Visoko (2006). “Man of the Year” in Bosnia-Herzegovina (2007).

Recipient of the United States Congressional Certificate of Recognition (2013) “for continuous support in promoting cultural and economic independence for people new to the USA.” First honoree of the Amelia B. Edwards Award for “outstanding research and advancement of knowledge of pyramids around the world”, Chicago, USA (2016). Awarded “Diamond in the Pyramid Science”, Bengaluru, India (2016) “for having done exceptional outstanding fundamental work in creating basic awareness for the Pyramid energy power”