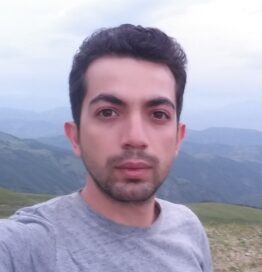 Reza Meynaghizadeh Zargar was born in Iran. He has a great passion to find a cure for different types of diseases and help people around the world. Heis a complementary therapist of “Faradarmani”. Faradarmani is a complementary medicine that founded by “Mohammad Ali Taheri.”It is a mind approach that uses connections to consciousness to cure any kinds of disease. So, consciousness is the source of treatment in Faradarmani.
There are different levels of consciousness. The highest level of consciousness described as “Ability to accept direct information from the Higher Planes of Consciousness and convey this information to other people.” There are some people like Buddha, Jesus, and Mohammed that were able to reach this level. The reason for this ability is their great enthusiasm to understand the purpose of the creation and the structure of the universe. Taheri is also one of those people who was able to connect this level of consciousness through his great enthusiasm. As he says, “on November 1, 1978, a mental spark revealed a part of the relations that govern the universe on me.” One consequence of connecting to consciousness is the ability to cure different types of diseases that led to the founding of the Faradarmani complementary medicine. It seems that Jesus was curing patients in the same way.
Humans passed various stages in history towards understanding the universe, gaining knowledge, and walking the path of perfection. Humans have a primitive life on earth at the beginning and before reaching these stages and lacked any knowledge or information about themselves and the universe. After thousands of years and passing through this primitive stage he finally reached the capabilities to meet the basic needs of his life such as housing and clothing. His mental ability grew to the point to Discover numbers. This discovery let him measure, count, and express the facts around. Discovering the numbers was the first step to explain and record the realities of the universe. The importance of the discovery of numbers lies in the fact that the universe is made up of numbers. Constant numbers like the speed of light or gravitational constant determine the universe’s shape and behavior. The next step in human perfection is discovering the laws of nature. Laws of nature determine the behavior of this world and numbers also originated from laws. For example, Newton’s laws of motion predict the behavior of a moving object in space. So, we can say that the universe is made up of laws. The question that humanity is facing right now is that what is the origin of laws.
The highest level of consciousness described above belongs to just humans. However, Taheri introduced a higher level of consciousness. This higher level of consciousness is the origin of laws too. This is what made our universe and anything in it. Matter and energy are also made up of consciousness. So, we can say that the universe is made up of consciousness. The source of treatment in Faradarmani is also this level of consciousness and the process of treatment starts after connecting to that.