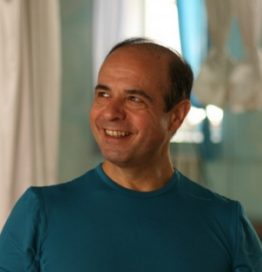 Konstantin is a science educator, meta-physicist and artist who has worked in the fields of wisdom traditions, therapy, traditional medicine, healing, scientific research and the movement arts over the past four decades.
Background
His therapeutic background is in the study of natural medicines from the Georgian, Chinese, Japanese Indian and Tibetan traditions as well as therapy systems which include Shiatsu, Acupuncture, Osteopathy and Sports Medicine gaining his qualifications both in Australia and Japan.
His training in wisdom traditions includes Toaism, Zen and Tibetan Buddhism from various masters, Australian Aboriginal and Eastern Christianity since childhood. He has participated and collaborated in countless initiations and rituals with masters of various traditions from around the world over many decades.
He is also a movement artist having studied and practiced the martial arts, internal arts, various Meditation traditions, Tibetan/Indian/Japanese Yogas and Classical dance.
He has created a number of teaching programmes in the areas of self development, therapy/healing and the performing arts.

He received a BEd in Science from the University of Sydney, Australia where he first began to use analytical and assessment devices as part of the research during his major study in Biomechanical Analysis of Human Movement.

This continued with brainwave pattern research into altered states of consciousness using the Mind Mirror and then other devices including the Nexus, SCIO and Timewaver.